You are the owner of this article.
Edit Article Add New Article
You have permission to edit this article.
Edit
News
Sports
A&E
Business
Legal Notices
Obituaries
Multimedia
Announcements
e-Edition
Classifieds
Share This
1 of 3 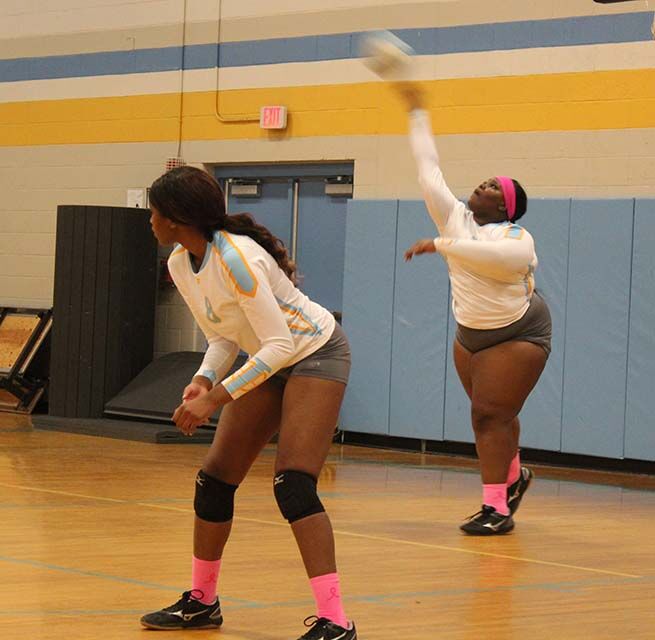 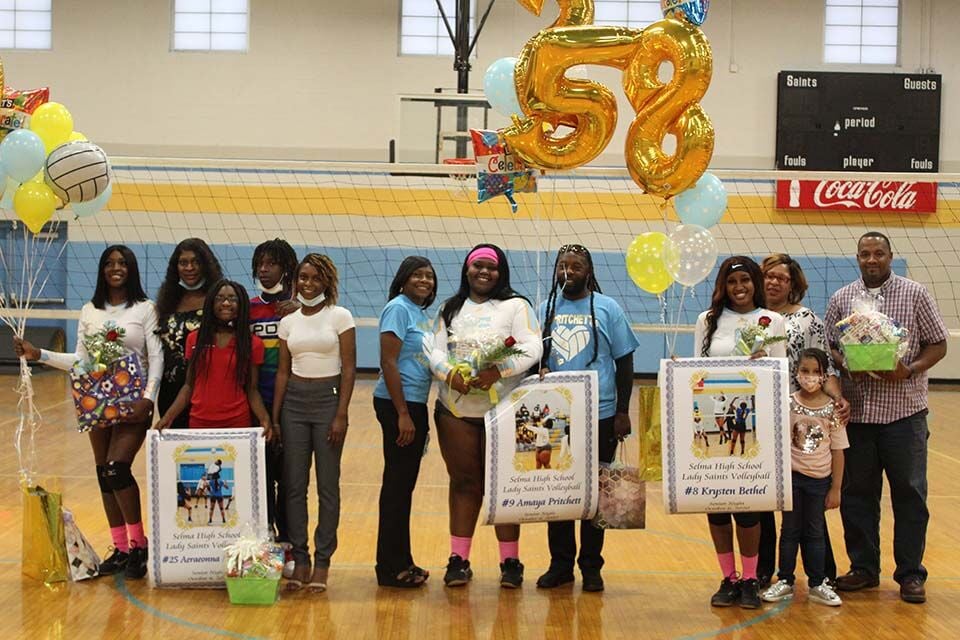 Kristin Bethel, Aereonna Manuel, and Amaya Pritchett with their families at the Saints volleyball court. 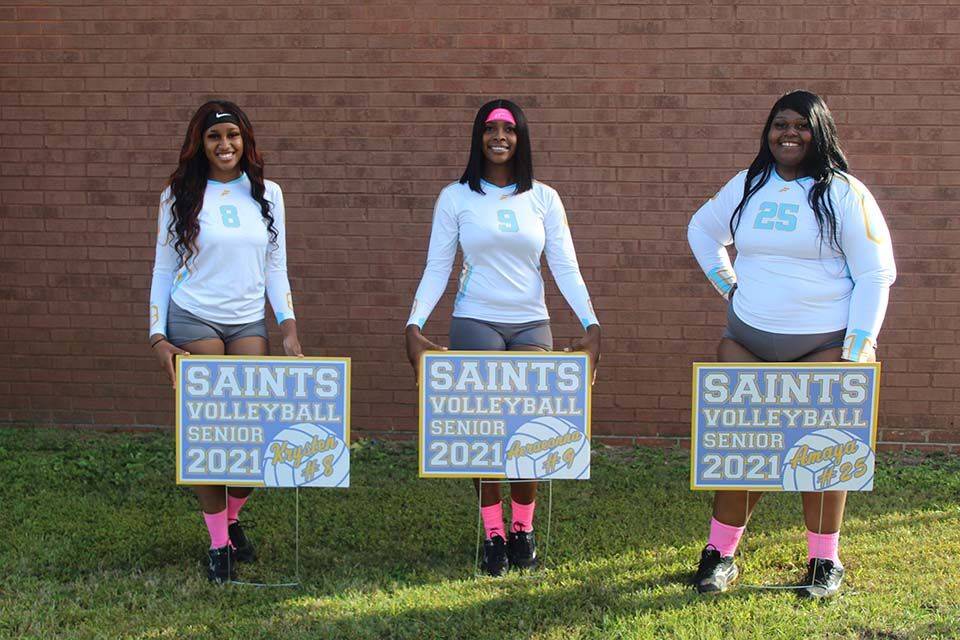 Kristin Bethel, Aereonna Manuel, and Amaya Pritchett with their families at the Saints volleyball court.

The Lady Saints volleyball team defeated Greensboro High in three straight sets 25-12, 25-22 and 25-19 and celebrated the three seniors with flowers, balloons and gift baskets. The three became emotional as they recapped their careers and friendships while playing together for multiple years.

Manuel, a two-sport standout, touted her teammates for helping her cope with difficult times. “These two and volleyball have helped me cope with the passing of my grandfather. Being able to play with them has brought us much closer”, she said.

“Rae and Kristin mean everything to me, they’re like family. Volleyball has been an escape from the outside world for me, it helps to ease my mind,” Pritchett said.

The trio led an otherwise young team in kills and served most of the winning points on the night. At halftime, the parents and family members gathered at center court as the team leaders were introduced by their coaches and presented with tokens of appreciation for their dedication and display of sportsmanship and spirit.

“They have all played four years, Rae since the seventh-grade. We have had ups and downs, growing pains; but they have grown to be leaders,” head coach Katasha Turner said. “Through adversity, regardless of the record they have gelled. We’ve been able to barrel through some things on and off the court. I am very proud of these young ladies.”

Manuel, an all-region performer in basketball, led the Saints with 10 kills on the night. Bethel played an outstanding defensive game, had 3 kills and excelled setting up Manuel to keep the pressure on the Lady Raiders.

“It’s crazy how fast four years have gone by. Amaya and Rae have been there for me on and off the court. It was great playing with my two best friends,” Bethel added while choking back tears. “Amaya has worked so hard to be where she is now, I am so proud of her,” added Turner.

The Saints are on to the playoffs as they will try to extend their careers at the area tournament at Sipsey Valley next week.