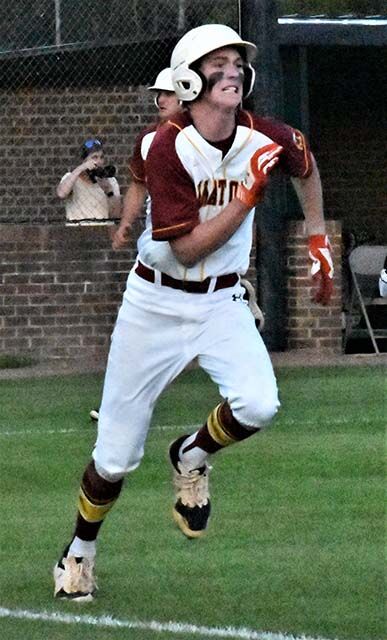 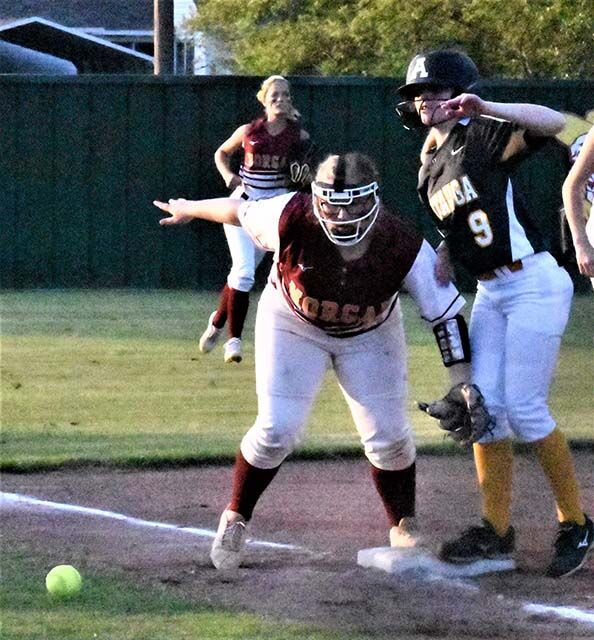 A Morgan Academy Lady Senator sees the softball getting away from her in action against Autauga Academy on Tuesday, April 6. Photo by Fred Guarino.

A Morgan Academy Lady Senator sees the softball getting away from her in action against Autauga Academy on Tuesday, April 6. Photo by Fred Guarino.

The varsity baseball game was tied at 7 all with the Senators batting in the bottom of the sixth inning when Trey Jones singled on a 0-2 count, scoring two runs.

There was plenty of action on the basepaths as Morgan Academy Senators Varsity collected 10 hits while Autauga Academy had seven.

The Senators opened the scoring in the first inning, when Andrew Thomas doubled on a 2-1 count, scoring one run.

But Autauga Academy scored three runs in the fifth inning.

Hayden Roberts earned the win for Morgan Academy on the mound. Roberts allowed five hits and five runs over four innings, striking out four and walking one.  Thomas threw one inning in relief out of the bullpen.

Osagie Aghedo started the game for the Senators. He surrendered zero runs on one hit over two innings, striking out three and walking zero.

Davis Vardaman, Jones, and Aghedo each collected multiple hits for Morgan Academy.  Aghedo, Jones, and Vardaman all had two hits each.

It proved a long night for the Lady Senators varsity, however. The Lady Senators fell to Autauga 15-3 in a game of which coach Johnny Trewett could only say, “They just out hit us.” He also said his Lady Senators made a couple of errors.