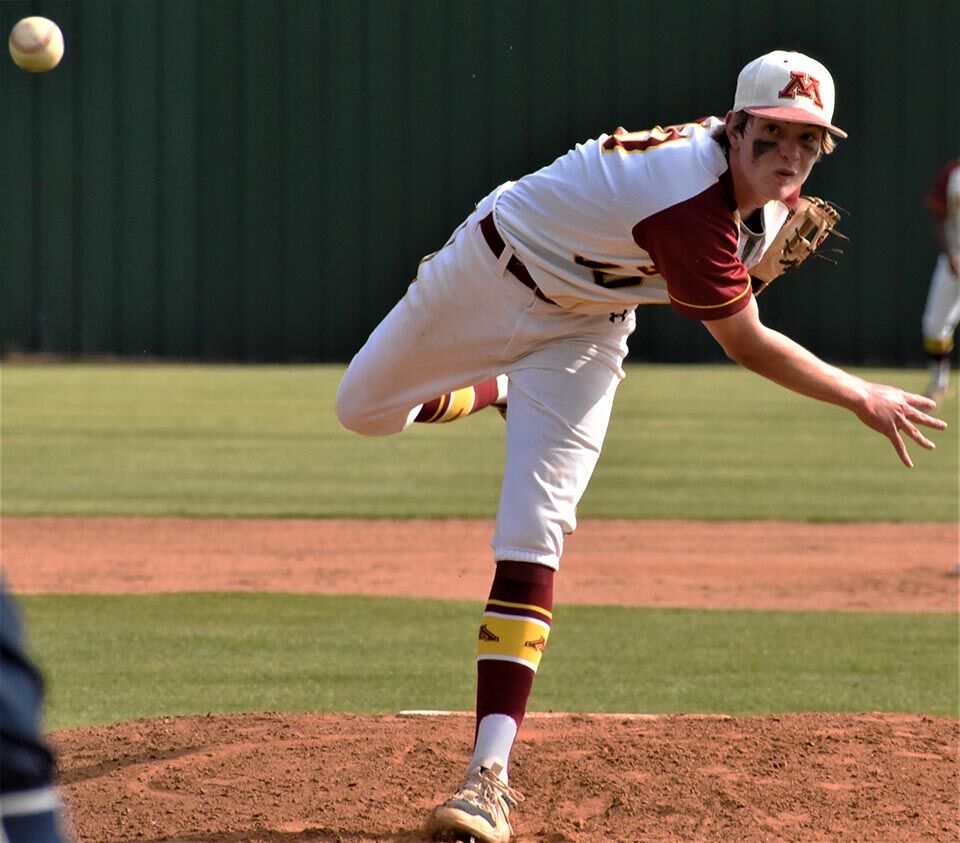 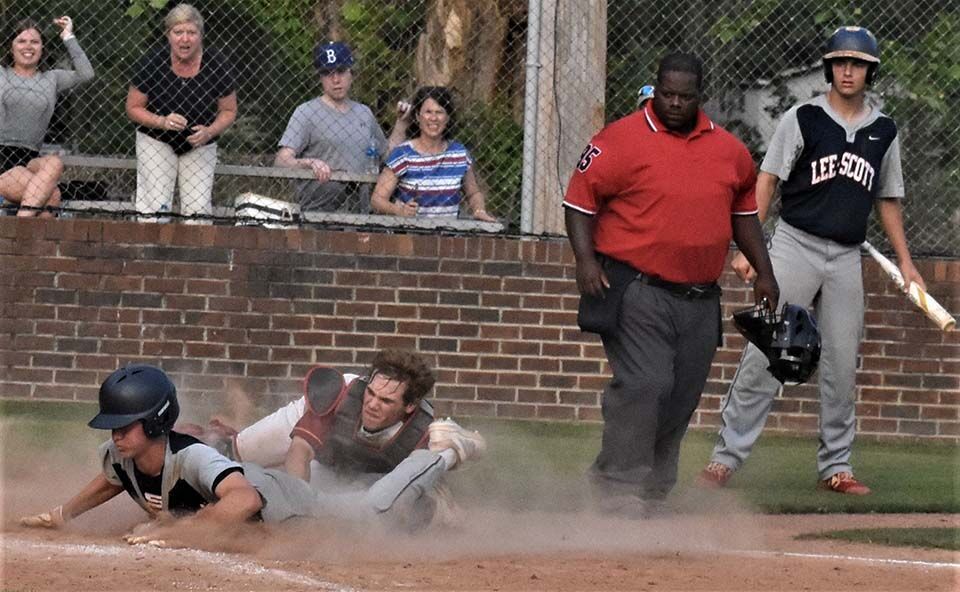 Getting the out, Morgan Academy catcher Davis Vardaman makes the tag at home plate to get an out on the Lee-Scott AcademyWarriors in game one of a round two AISA Class AAA State Championship Playoff doubleheader played at Morgan Academy on Thursday, April 29. Photo by Fred Guarino.

Getting the out, Morgan Academy catcher Davis Vardaman makes the tag at home plate to get an out on the Lee-Scott AcademyWarriors in game one of a round two AISA Class AAA State Championship Playoff doubleheader played at Morgan Academy on Thursday, April 29. Photo by Fred Guarino.

Getting a shutout in game one and surviving a slugfest in game two, the Morgan Academy varsity baseball team defeated the Lee-Scott Academy Warriors from Auburn in a doubleheader at home on Thursday, April 29 to advance to round three of the AISA Class AAA State Baseball Championship Playoffs.

The now 20-8 Senators defeated Lee-Scott 1-0 and 19-11 and will face the Pike Liberal Arts School Patriots from Troy at home on Wednesday, May 5. The “if game” will be played Thursday, May 6. The Senators earned a bye in round one.

Andrew Thomas took the hill in game one to shutout Lee-Scott 1-0. He struck out six batters in getting the win while his counterpart for Lee-Scott sat down 12 batters in that game.

Davis Vardaman led the Senators with one hit in three at bats in game one. And he and his teammates did not commit a single error in the field in that game. Vardaman had the most chances in the field with eight catches in game one.

The Morgan Academy Senators stole the lead late in game two to take a 19-11 victory over Lee-Scott Academy.

Lee-Scott Academy knotted the game at 11-all in the bottom of the seventh inning, when the warriors got a triple on a 2-1 count, scoring one run.

With the game still tied at 11-all and the Senators batting in the top of the ninth inning, Trey Jones drew a walk, scoring one run.

The base paths were crowded in this high-scoring game with Morgan Academy collecting nine hits while Lee-Scott Academy had 12 hits.

Chris Gardner pitched Morgan Academy to victory in game two. The righty surrendered zero runs on two hits over two innings, striking out one.  Hunter Sheehan and Hayden Roberts entered the game out of the bullpen and helped to close out the game in relief.

Gardner got the only home run on the day in game two when he went deep in the sixth inning. Also in game two,

Following Thursday’s round two play, Morgan Academy varsity head baseball coach Stephen Clements said, “I just want to praise Jesus for giving us the opportunity and health to be here. I could not be more proud of this group of young men.”

He continued, “To be where they are now is just a testament to their hard work… 20-8 on the year and all the adversity they have faced, and they have kept working and kept loving on each other no matter what the score. We were down 6-1 in game two and we just kept scratching and battling. Never been any more proud of a team for determination and pride.”